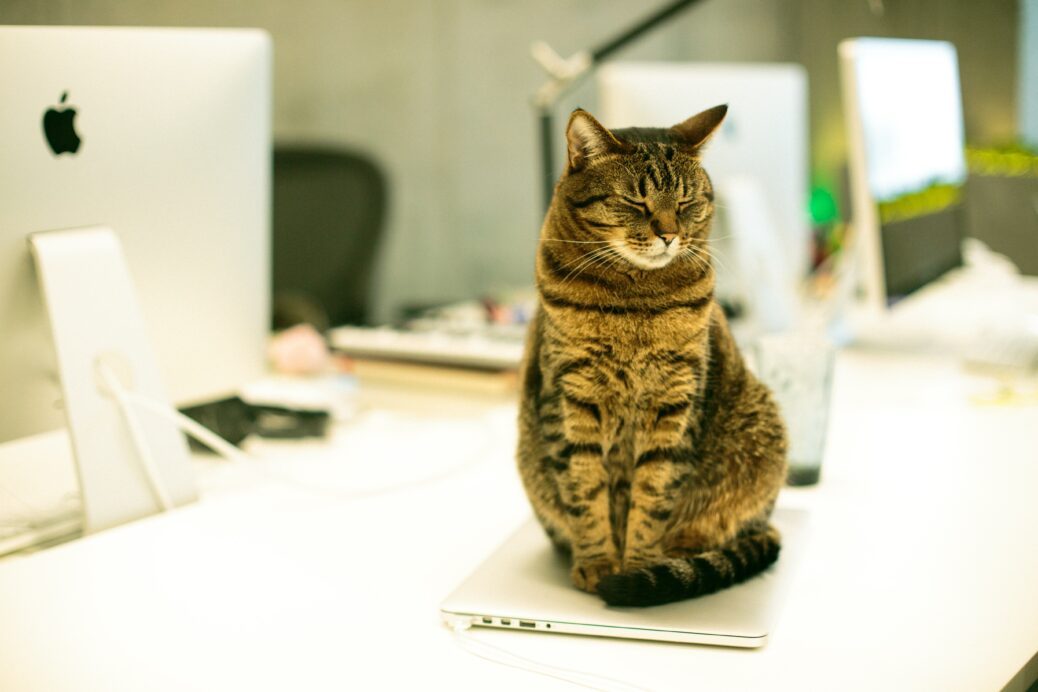 Last year, I told you about a study that found that feeding cats from a SureFeed microchip feeder helped cats lose weight above and beyond just being placed on a weight management diet. The most likely benefits are preventing food-stealing between cats and allowing cat guardians to weigh how much food they are feeding their cats (some SureFeed models include a scale).

Other commonly cited challenges to feline weight loss are the ability of cat guardians to “stick with the diet” for their cat, and begging behavior on behalf of the cat. A 2016 study found that cats on a diet don’t get mad, they get cuddly! Thirty out of 32 cats placed on a diet became more affectionate when they were placed on a weight loss program. That said, most cats did engage in more begging for food, which can be hard for some humans to resist, and can lead to more food in the bowl!

A new study, Evaluation of a pet-separating automatic feeder and high-frequency meal feeding for weight loss in multi-cat households, revisited the pet-tech and weight loss topic, by removing humans from the feeding picture. There were two goals to the study:

How did they conduct the study?

All cats in the study were at least a year old, indoors-only, living with other cats, and overweight. Cats were free of any other health problems that would impact appetite or metabolism. All cats were fed the same diet during the study (Hills Metabolic) and were assigned to one of three conditions:

Cats were examined and weighed before and during the study to monitor health and weight loss and make sure they were getting the appropriate amount of food. The study lasted 26 weeks, or until the cats reached their target weight loss, whichever happened first. Cat guardians also completed several questionnaires about their cat’s behavior during the study as well as their satisfaction with the weight loss program.

What did the study find?

There were no differences between the three groups on questions such as “How hungry is your cat?” or questions about activity or behavior problems. Overall, cat guardians felt the same level of satisfaction regardless of which group their cat was in. Ironically, they rated the use of the automatic dispenser as more difficult than feeding cats from a bowl.

What does it mean?

This study was small, so we must be careful in interpreting the results. But it supports a small but growing body of evidence that technology can be our friend when it comes to feeding our cats. All cats were fed the same diet, so if how cats are fed is unimportant, we would expect similar weight loss patterns in all cats.

The RFID tag technology allows cats to eat what they like, when they like, and prevents cats from getting unintended snacks through stealing from other cats in the home. This led to more weight loss in cats using the PortionPro. Technology also had a side benefit of reducing begging behavior.

The researchers were less confident that having the PortionPro dispense food six times a day provided any benefit over twice a day as far as weight loss is concerned. The PortionPro does close when the cat wearing the correct tag walks away, so it is also possible that cats fed twice a day opted to graze and ate from the PortionPro more than twice a day, even if the food was only deposited twice a day. Many studies support that cats are natural grazers and will eat 8-15 + meals a day when given the free choice.

If you experience begging behavior in your cat, or need help with your cat’s weight loss program, be sure to work with your veterinarian, and…why not consider the assistance of some pet tech?