Home About Executive Board

We welcome you to the American Veterinary Society of Animal Behavior and hope you will consider joining our growing community of veterinarians.

Dr. Jokela is a 1990 DVM graduate of Purdue University and became board certified in Canine and Feline Practice by the American Board of Veterinary Practitioners (ABVP) in 1998 and re-certified in 2008 and 2016. She spent 26 years in general practice, including starting her own small animal practice in 2001. In 2016 she left her general practice to devote her time to behavior practice exclusively and to pursue her passion for behavior education. She attended Dr. Karen Overall’s Veterinary Behavior Medicine Institute in 2013 and again in 2016. The Institute experience was pivotal in her decision to enter a non-conforming residency program for board certification by the American College of Veterinary Behaviorists (ACVB).

Special interest areas include helping shelter and rescue pets become more adoptable, and working with new adopters to find solutions to post adoption behavior problems. Dr. Jokela is the post-adoption veterinary behavior consultant for the PAWS Chicago Shelter. In addition, she is the Veterinary Behavior Consultant for the “A Sound Beginning Program”, which is a unique education and training program that helps build bonds between new adopters and their pets from numerous rescues and shelters across the Chicago area. 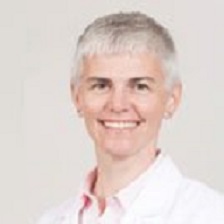 Dr. Ashley Elzerman graduated from the University of Illinois College of Veterinary Medicine in 2009 after receiving a BS in Biology from Smith College and a Master’s degree in Wildlife Toxicology from Clemson University.

Dr. Elzerman shares her life with her husband, cat “Applesauce” and dog “Dharma” the rescue boxer. 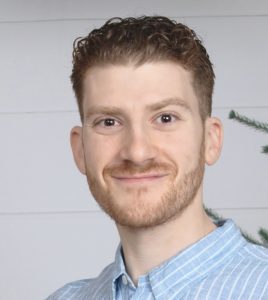 Steven grew up on Long Island, NY, where he attended Long Island University and earned a B.S. in Biology. He then made the long trip to St. Kitts to attend veterinary school at Ross University School of Veterinary Medicine, and completed his education with a year of clinical rotations at Virginia Tech.
While at Ross, Steven was an active member of the school’s animal behavior club. He also served as Treasurer, and later President, of the school’s chapter of the American Association of Feline Practitioners. During his clinical year, he completed an externship with Dr. Carlo Siracusa, DACVB, at the Behavior Medicine Clinic at University of Pennsylvania.
After completing veterinary school in 2013, Steven returned to New York and entered general practice (full time work initially, and later a combination of full time and relief work). While he enjoyed the diversity of cases that he would see in general practice, Steven wanted to increase his exposure to behavior cases.
With the goal of starting a behavior service at the hospital at which he was employed, Steven attended the NAVC Institute Clinical Behavioral Medicine course in 2017 (and later the Advanced Behavioral Medicine course). He also began shadowing Dr. Sabrina Poggiagliolmi, DACVB, who was practicing on Long Island at the time. One month after returning from the 2017 Institute course, he started the Shirley Veterinary Hospital Behavior Service. Over the next year, he saw behavior consultations, as well as, general practice appointments.
In June of 2018, Steven relocated to the Tampa Bay region of Florida. Upon arriving in Florida, he started his own business, Veterinary Relief and Behavior, LLC, offering relief (per diem) services to general practices in the area. He performs several in-home veterinary behavior consultations every week. 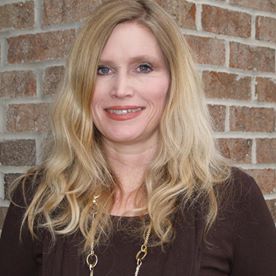 Dr. Laurie Schulze is a 1997 graduate from the Ohio State University College of Veterinary Medicine.  She received her B.S. in Animal Science from Ohio State in 1993

After graduation from veterinary school, Dr. Schulze started working as a companion animal veterinarian.  While working her professional interest in behavior began to grow and she began to see how behavior problems greatly impacted her clients’ relationship with their pets.  This resulted in her beginning to hold behavior consultations.  With her passion growing, Dr. Schulze founded Pet Behavior Partners in 2013 and began dedicating her time to helping families have better bonds and relationships with their pets

Additionally, Dr. Schulze volunteers in animal handling labs for the first year students at Ohio State College of Veterinary Medicine; assists the local rabies clinics put on by the health department with lower stress techniques; and has served on the Behavior Education Committee for the Midwest Veterinary Conference since 2008 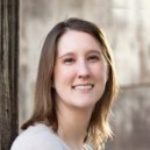 Dr. Meredith Stepita grew up in Maryland, but now calls Northern California home. She received her DVM from the University of Tennessee in 2006 and then completed an internship in Arizona.

After working in general veterinary practice in the Phoenix area she went on to complete a residency in Clinical Veterinary Behavior at the University of California-Davis.

Today Dr. Stepita owns a veterinary behavior practice in the San Francisco Bay Area, helping pet owners improve their pet’s behavior problems. Her research involves the frequency of parvovirus in puppies attending puppy socialization classes, finding that vaccinated puppies attending these classes were no more likely to be diagnosed with parvovirus than those not attending these classes.

Her areas of interest include canine and feline anxiety and aggression, the human-animal bond, and animal welfare.

Dr. Stepita shares her life with her husband Chris and their dogs (Chewy and Snoopy), cats (Maddie, Cali, and Tarzan), and the occasional foster dog.

Dr. Juanita Ashton was born and raised in Sydney, Nova Scotia, Canada.  She graduated from the Atlantic Veterinary College at the University of Prince Edward Island in PEI, Canada in 2003 after receiving a Biology degree from the University College of Cape Breton.

She was immediately taken with the behavioral studies at the AVC under the direction of Dr. Norma Guy at UPEI.  And after graduation, moved to Elmsdale, NS where she currently focuses on companion animal medicine, specifically, on the behavior of dogs and cats.

In 2016, Dr. Ashton received her certification in canine behavior from the International Association of Animal Behavior Consultants.

Dr. Ashton shares her life with her husband and four children. 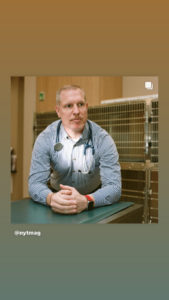 Brian grew up in a small rural community in Northern New York where he graduated Valedictorian in a class of 32 students. He got a full academic scholarship to attend St. Lawrence University for his undergraduate degree with a Bachelor of Science (Biology Major/Chemistry Minor). Staying in New York State, he next headed to Cornell Universiy, College of Veterinary Medicine, graduating in May 2001. Dr. Katherine Houpt VMD, PhD, DACVB was his advisor, so Brian was lucky to realize very early on that behavior was an important aspect of veterinary medicine even if no one was talking about it! Fast forward the next 10 years as he honed his skills working for others where behavior cases were considered a waste of time in favor of other more lucrative areas of veterinary medicine. When he went out on his own and started doing house-calls, he realized how veterinary medicine has failed so many of our patients, such as dogs and cats that cannot be brought into a clinic as they are “bad”. At first he self-taught by reading text books, taking CE, and eventually discovered Dr. Karen Overall’s Clinical Behavior Course taught at the NAVC Institute. Besides the obvious science and techniques, Brian also learned that behavior does not have to follow the residency path to make a difference in many of his patient’s lives, so instead of referring everything that did not fit nicely within the constraints of a busy general medicine practice, they now see behavior patients. He has even brought on a behavior resident for the more complex cases!

Brian brings to AVSAB all the passion and energy he brings to every endeavor. He thrives when working with others and through the years has been on multiple boards of fund raisers and non-profits, but feels it is time to give back to his own profession. Brian currently sits on the Board of Directors of NOMV. 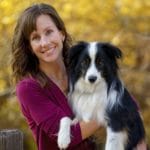 In 2015, Kristin sustained a mild traumatic brain injury and had to give up veterinary medicine. Noise and light sensitivity, reactivity, and anxiety suddenly made her world very small but helped her gain a unique insight into her patient’s experiences. Fireworks resulted in her crying in the basement with a pillow over her head. Beyond the sensory sensitivity, cognitive deficits, inability to focus, and memory problems, prevented her from returning to work for 4 years. “When I finally returned, I understood that it doesn’t matter how inappropriate fear seems to other people. It is real, and it cannot simply beturned off.”

During recovery, Kristin worked with trainer Jackie Johnston (CTC, CSAT, CPDT-KA, SAPT) for her own dog. Unclear if she could ever return to
medicine, Jackie encouraged her interest in behavior. Kristin dove into continuing education and is now enrolled in an Applied Animal Behavior
program.

Kristin is interested in the connection between brain injury and emotional, cognitive and behavioral changes in people and animals. She runs
ultramarathons, rides gravel bikes, was recently appointed to the AVSAB board and authors a blog about brain injury recovery and ultrarunning—TBIto100.co.