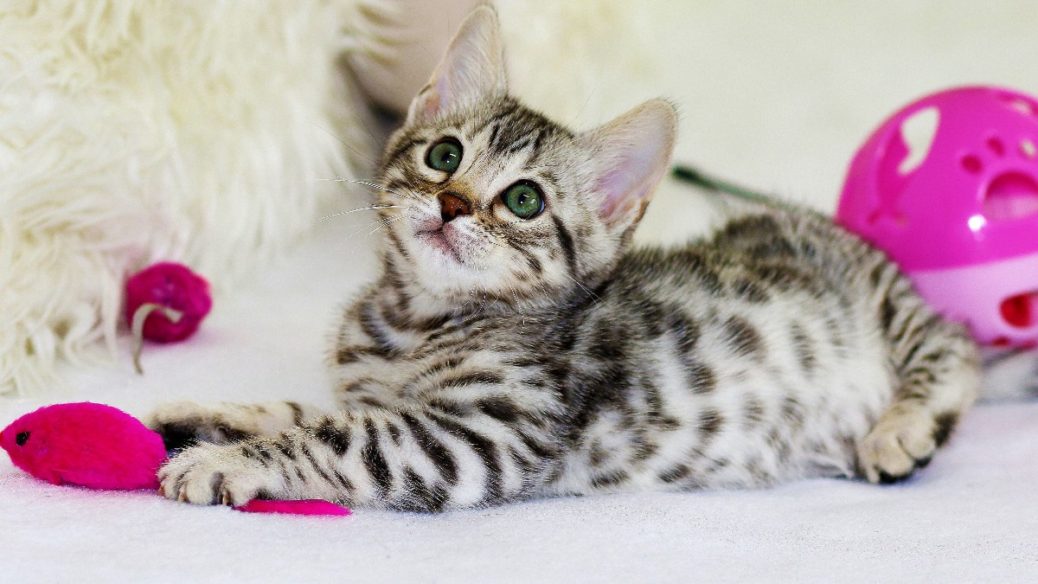 I’m a big fan of food puzzles as an enrichment choice for cats. As natural predators, cats have evolved to work for their food. We brought them inside, handed them a bowl of food, and took their jobs away. At least that’s the way I like to think about it.

For those of you who aren’t familiar with food puzzles, check out the website Food Puzzles for Cats (disclaimer, I am co-owner of the site, but I get no financial benefits from it!). Food puzzles are like other types of foraging enrichments that are used with zoo and laboratory animals. They’re commonly used with pet dogs (e.g., the Kong), and more recently, food puzzles are increasingly being designed for cats. The idea is that an animal must forage for food – for cats this can range from a very simple activity (such as rolling a ball, allowing dry food to fall out) to more complex problem-solving (such as having to slide open doorways to access a well of food).

Nineteen household cats participated in the study. Cats were either free-fed or fed once or twice per day. Using a crossover design, half of the cats were recorded for a week while feeding from their regular food bowls first, then recorded for a week while feeding from food puzzles; the other half of the cats were recorded using food puzzles first, then back to the bowl. Cats were given a week to acclimate to food puzzles and a week between conditions. All cats successfully transitioned to food puzzles to eat all their food. Feeding happened according to the previous feeding schedule for each cat (freely available food, or fed at one or two mealtimes per day).

Eleven of the cats used the Indoor Hunting Feeder which has five matching mouse-shaped puzzles, and the other eight cats used five different food puzzles made by PetSafe, including the SlimCat and Egg-Cersizer. Cats were assigned to puzzles based on an initial preference test.

Results showed no differences in activity levels based on how cats were eating (bowl vs puzzle). There was also no effect of puzzle type (Indoor Hunting Feeder vs PetSafe puzzles). In fact, the only real effect was that of age – older cats were less active in general.

The results may seem counter-intuitive, because after all, didn’t the cats have to move around to get the food out of the puzzles? Well there are a few possibilities:

I’m sure you can think of other explanations! Other studies have demonstrated an increase in anticipatory activity levels in cats when they are waiting for a meal, and that increasing the number of meals per day is a good way to increase activity in cats. Moreover, it would be great for someone to repeat this study with even more cats to increase statistical power, so that we can be certain the results are reliable.

So, if food puzzles DON’T increase activity levels in cats, should we just forget about ‘em? No way! As my co-authors and I reported a few years ago, we have seen many benefits of food puzzles when used with cats. I found it very encouraging that 100% of the cats in this study had no problem switching to puzzle feeding!

The benefits of food puzzles for cats may not be exactly what we thought in regard to activity levels (at least in the short term), but given the expansive research on the benefits of foraging enrichment for other species, I’d say the positive effects for cats most likely outweigh any failure to increase activity. That said, we might have to re-frame how we talk about those positive effects.

**This blog was originally posted by Mikel Delgado, PhD Psychology on February 20, 2018 on http://catsandsquirrels.com/.