Dogs, But Not Pigs, Look to People for Help with a Problem

Home Dogs, But Not Pigs, Look to People for Help with a Problem
Guest Author, September 15, 2020October 31, 2020, General Behavior, Uncategorized, 0 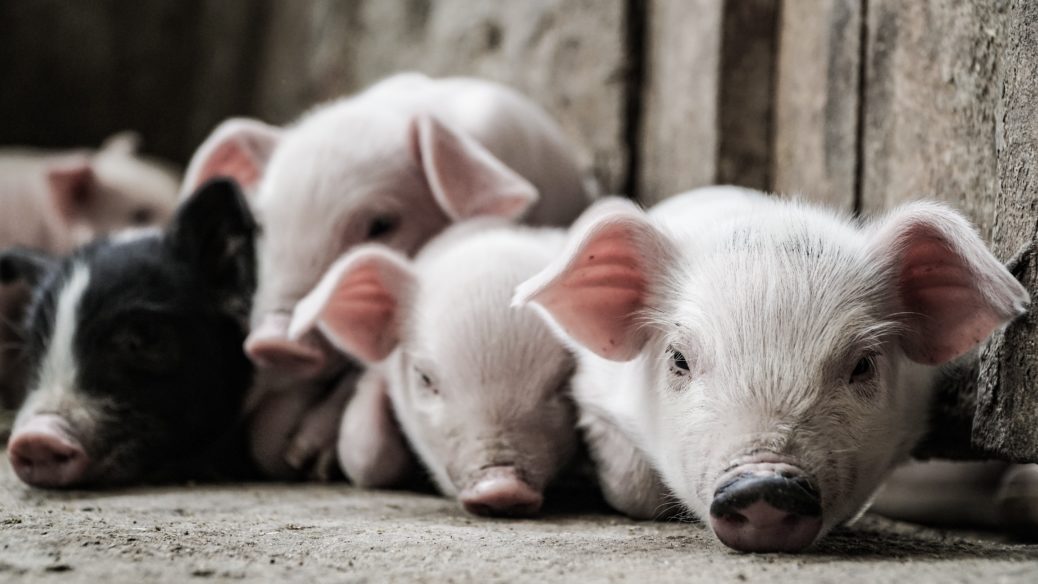 By Zazie Todd, PhD
Click here for original Post
Every dog owner has probably had a situation where their dog has looked to them for help, perhaps when a coveted ball or treat has ended up out of reach under the sofa. Is this something special about dogs and their relationship with us? Research already shows that wolves (not domesticated) don’t do this, and nor do cats (domesticated, but not a social species in the same way as dogs). So what about pigs?
Pigs are both domesticated and social as a species. And individual pigs are especially friendly if they have been reared just like pet dogs are. This is the case for the miniature pigs at the Family Pig Project at Eötvös Loránd University in Hungary. New research from the Department of Ethology at the university, published today in Animal Cognition, compares pigs to dogs when it comes to help-seeking behaviour.
10 juvenile pigs and 12 young dogs, all around 7 months of age, took part in the study. All of them (dogs and pigs) had been brought up in family homes from around 8 weeks old.
The scientists used something called the unsolvable task paradigm. Each animal was tested individually in the lab at the university. At first, they could see an upturned see-through plastic container with the lid not attached. Then, food was placed in the plastic container such that it was easy for them to remove the lid and get the food. But after doing this a few times, the scientists changed the set-up: now the lid was fixed in place, making getting at the food an unsolvable task.
The food used was pieces of apple or dog food for the pigs, and pieces of sausage for the dogs. Both the owner and an experimenter were present in the room during the tests.
Dr. Linda Gerencsér, research fellow in the department says,

“When the box was first in the room without food in it, pigs and dogs performed similar human-oriented behaviours, The differences appeared when we put food in the box and opening it became an exciting challenge. Pigs were faster than dogs already in solving the task and getting the reward, perhaps due to their better manipulative capacities. Then, when the task became unsolvable, dogs turned to the humans more than before. In contrast, pigs performed less human-oriented behaviours, but they were more persistent than dogs in trying to solve the task, which may reflect their predisposition to solve problems independently.”

In addition, during the unsolvable part of the study, both dogs and pigs spent more time oriented to the experimenter than to their owner.
PhD student Paula Pérez says,

“The similarities that we found between the two species point to their similar capacities for engaging in communicative interactions with humans. However, species-specific predispositions might be responsible for the found differences. Dogs are naturally more dependent on and cooperative with humans. This explains their unique success in interacting with us.”

Click here for a short video about the study.
There are several possible explanations, as the different anatomy of pigs, the fact that the task seems suited to their normal rooting behaviour, or differences in food motivation cannot be ruled out. There may also have been some differences in socialization, especially prior to the animals joining the project at 8 weeks. But the scientists think these results reflect the unique abilities of dogs.
Pigs are not the only farm animal to have been tested in an unsolvable task paradigm. Earlier research with goats (Nawroth et al 2016) has shown that they are sensitive to whether or not a person is looking in their direction. And in this new research, the results from both pigs and dogs are fascinating. As more people keep miniature pigs as pets, they will be interested to see future work on the unique cognitive abilities of pigs too. In the meantime, if your dog is looking at you, maybe they need help with something.
You can follow the Family Dog Project on Twitter and Facebook.
If you have a dog or a pet pig, what are the situations in which they seem to look to you for help?
Share this
1 like
Related Articles