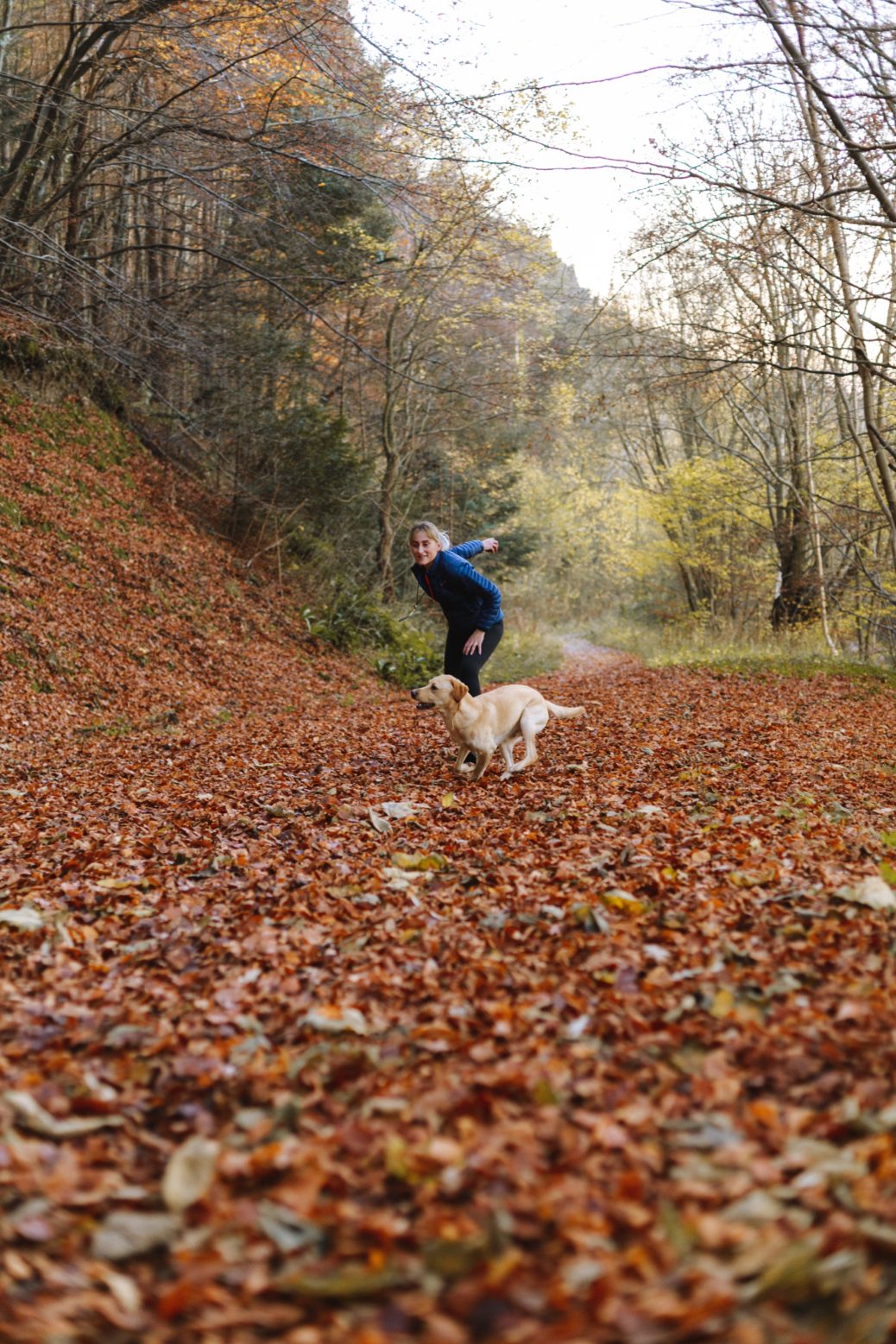 Dogs trained with aversive methods are less likely to show a ‘secure base’ effect, study shows. 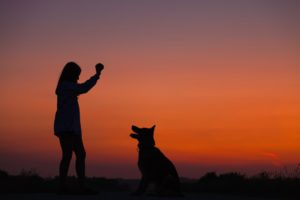 Reward-based methods (positive reinforcement and negative punishment) are recommended by many dog training and veterinary associations because they work and they have fewer risks. The reward-based schools in this study did not use any of the methods mentioned in the previous paragraph. For all six of the schools, the scientists analyzed video of classes to assess the type of training methods.

The study used something called the Ainsworth Strange Situation Test to look at the attachment between dogs and their owners. This test has been used extensively with infants to study their attachment to their parents, and has also been used with dogs.

The test involves a series of separations and reunions between the dog and their owner and a stranger. Because previous research has shown that the order of these separations may matter, the study used two different orders in a counterbalanced design.

The study looked at three aspects of the dog’s attachment to their owner. One is the secure base effect, whereby the owner is a secure base from which the dog can explore. (Similarly, for infants that are securely attached, the parent is a secure base to explore from, and a safe haven to return to if something is stressful). 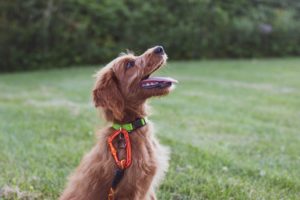 These results show that there was a secure base effect for the dogs that had been trained with reward-based methods. Comparing these results to previous research on attachment in dogs, the scientists write,When dogs had been trained with reward-based methods, they were more likely to play when the owner was in the room compared to when the stranger was in the room. The dogs in the reward-based group spent more time exploring the room in the presence of the owner compared to when the stranger was there. These dogs also engaged in more greeting behaviours when the owner came back into the room.

“Together with our results, this suggests it is not the reward-based training in itself that generates a secure attachment, but rather the aversive-based training that may be related to the absence of a secure-base effect.”

There were no differences between the two groups of dogs in terms of the two other aspects of attachment, separation distress or maintaining contact with the owner.

It’s worth noting that there were some order effects in this study, and some of the significant results only applied to one of the orders. This is likely because in one order the dog had one, long separation from the owner, compared to the other design which had three, shorter separations.

It makes sense that dogs trained with aversive methods are more likely to have an insecure attachment, because the same has been found with children when positive punishment is used to discipline them.

Although more research is needed, this is a well-designed study. The data is correlational (and so does not prove causation), but the authors say it is difficult to do randomized controlled trials in this area because of ethical concerns with assigning people’s dogs to aversive training methods when they are associated with stress.

The authors also point out that different kinds of people might choose different dog training methods and training schools, and say that more research on how and why people make these choices would be welcome. This is something I have also argued for (see: why don’t more people use positive reinforcement to train dogs?). Other research has found that men with depression are more likely to use aversive dog training methods.

This study provides more evidence that reward-based methods are the best way to train dogs, and that aversive methods may have a detrimental effect on the dog’s relationship with their owner. For dog owners, it is important to choose a good dog trainer who will only use reward-based methods.

If you want to know more about the science of dog training, check out my dog training science resources. And if you like this post, you can join over 3,000 animal lovers and subscribe to Companion Animal Psychology.

Zazie Todd, PhD, is the author of Wag: The Science of Making Your Dog Happy

. She is the founder of the popular blog Companion Animal Psychology, where she writes about everything from training methods to the human-canine relationship. She also writes a column for Psychology Today and has received the prestigious Captain Haggerty Award for Best Training Article in 2017. Todd lives in Maple Ridge, BC, with her husband, one dog, and two cats.