How to best introduce and utilize the crate 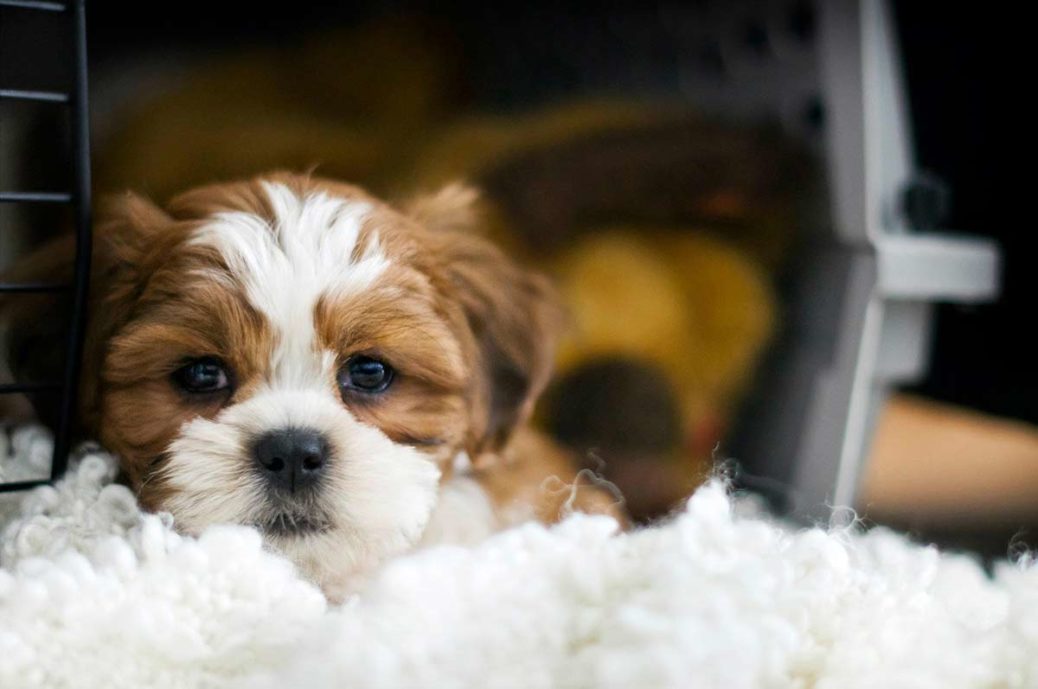 In the most recent CAAB Chat, available for registration now…

Dating back to the advent of professional dog training, trainers have argued over methods. The field has resisted regulation throughout its entire history, although recently a handful of states and/or municipalities have started to venture into those muddy waters.

Almost 20 years ago, a dog owner in the Midwest brought her dog to a facility for training.  The dog, who was not well socialized, had a history of fear motivated, defensive threatening and aggressive behavior.  While accounts vary as to the dog’s behavior during the training session, there’s no doubt the trainer made the decision to “helicopter” the dog.  If you aren’t familiar with the term, it refers to lifting the dog off the ground using a leash and collar (in this instance a choke chain) and swinging the dog around, hence the term “helicoptering”.  The dog voided her bladder and bowels before the trainer lowered her to the ground. The trainer was charged – and later found not guilty – for animal cruelty. After veterinary treatment, it was found the dog had been blinded due to hypoxia (lack of oxygen to the brain) during the helicoptering.

This incident was the impetus for a joint project between The Delta Society and The American Humane Association that resulted in the publication of “Professional Standards for Dog Trainers: Effective, Humane Principles” in 2001. In this CAABChat, we’ll talk to the team chaired by Dr. Hetts, who led the development of this document, (and chaired the Ethology section) that included input from over 35 professional trainers, behaviorists, and veterinarians.

That fantastic team who we had the pleasure to work with was:

Also joining us will be Mike Kaufmann who was the humane education director at American Humane Association at the time (and is now the Farm and Wildlife Director at Green Chimneys)  AND Dr. Maureen MacNamara who was Delta Society’s program director, and is now Assistant Professor of Social Work at Appalachian State University.

This historical look will give you a different perspective on the state of the field today, regardless of where you stand along the training spectrum.

For more information and to register, visit http://caabchats.com/professional-standards-for-dog-trainers-the-2001-project/