Home How to tell if your dog has separation anxiety and 5 things to do if she does
Guest Author, August 15, 2021August 30, 2021, Dog Behavior, General, General Behavior, 0 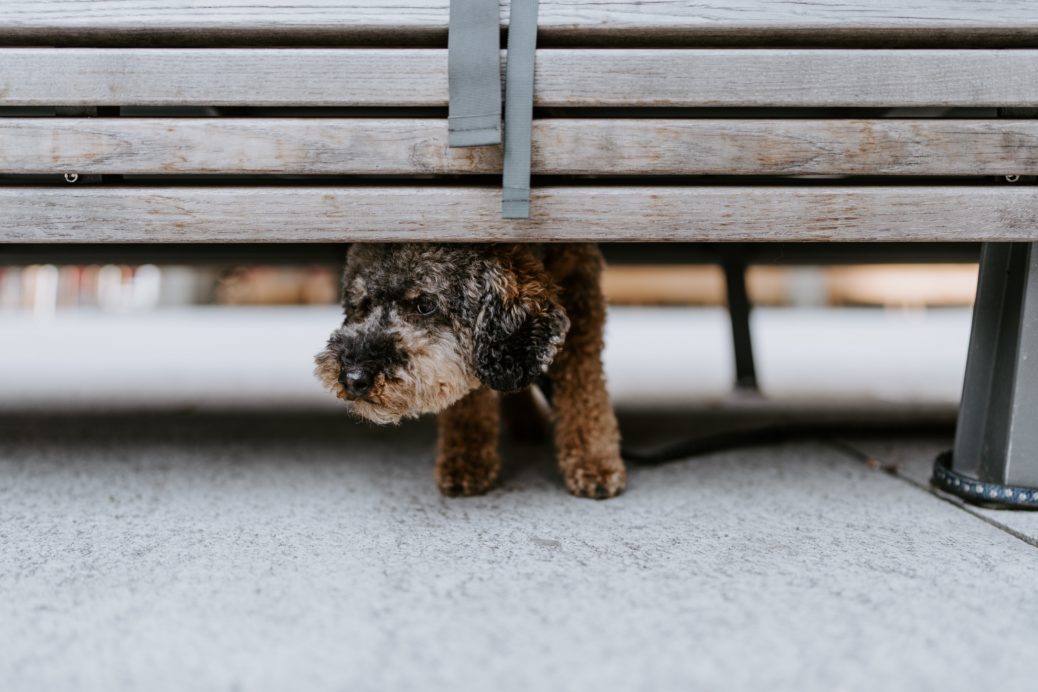 As a veterinary behaviorist, I see dogs suffering from separation anxiety on a weekly basis and it’s one of the most serious issues I treat.  Not only are many of my dog patients experiencing true panic every time they are left alone, the humans that share their lives are often just as affected.  They experience a range of emotions, from guilt for having to leave their dog alone, shame because they feel like they caused the problem, frustration because nothing they’ve tried has helped, and isolation because they avoid leaving the house. In other words, its a human and animal welfare issue.

Is that really what we’re dealing with?

My first step in working with these dogs and their families is to confirm that the dog actually has separation anxiety. Sometimes that’s very straightforward.  My canine patient comes in with the classic history of soiling the house, barking, howling, or whining repeatedly, destroying things when left home alone, or some combination of these behaviors.  Her people report that she shows these signs of distress even when left alone for only a few minutes.  Neighbors have complained about the loudness and duration of her barking, and the entryway of her home is covered in teeth and claw marks.  She paces and whines as soon as there’s any sign of an impending departure, and while her enthusiastic greetings are heartwarming, they are a bit excessive.

In other cases, the picture is a bit more complicated.  For example, a dog’s people bring him in because neighbors have complained about the excessive barking but they themselves have never heard him make a peep.  They wonder if their neighbors are mistaking him for that other dog down the hall—there’s no evidence that anything’s been amiss in their absence after all.  Or I might see a dog because she rearranges and occasionally destroys things when home alone, but barely seems to notice her person’s preparations to leave the house.  Do either of these dogs really have separation anxiety, or is there something else going on?

If you’re not sure whether or not your dog has separation anxiety or suspect she does, get video!

Video of your dog while she is home alone is the most effective and accurate way to tell if she has separation anxiety.  Ideally, you’ll want to get video of her reaction to a few different scenarios including how she responds to:

In most cases, you’ll want to record or view at least the first 30-60 minutes following your departure.  Dogs with separation anxiety typically show signs of distress within this period, many within the first 10 minutes of being alone. When you review the footage, pay attention to what’s going on before any periods of destruction, barking/howling, or  house soiling and watch for more subtle signs of distress including general restlessness, panting, lip licking and whining.  This information helps to determine the severity of the problem and the best course of treatment.

If you’re one of those pet parents whose neighbors have complained that your dog barks while you’re out of the house and you doubt the accuracy of their report, record your entire absence.  You may find these reports are accurate—your dog starts barking within minutes of your departure and keeps it up for most of your absence.  Or you might find that she goes through cycles of barking/howling and resting and shows other signs of anxiety including pacing, panting and lip licking.  Based on these videos, your dog is experiencing significant distress and you now know exactly what is going on.

It’s also possible that you’ll take this video and see that your dog naps peacefully throughout the day, aside from the few occasions where she gets up, approaches the door, and barks 2-3 times before returning to her nap.  If you repeat these videos on a few different days in a few different circumstances and see the same thing, your dog probably isn’t experiencing separation anxiety and you now have some evidence to show building management regarding the actual extent of the barking.

Thankfully video cameras are now readily available and integrated into many of the devices we have in our homes.  Great options include:

Your dog is distressed while home alone-what’s next?