If The Cat Fits, It Tells Us What They See

If The Cat Fits, It Tells Us What They See

Click here for original post
By Zazie Todd, PhD.
In the dark pandemic days of last summer, scientists had a fun project for people and their cats. The study takes the “If I fits, I sits” phenomenon one step further to tell us that cats are susceptible to a visual illusion called the Kanizsa square.We all know that cats like boxes. In #IfIfitsIsits, people share photos of their cat inside a box. And in #CatSquare, they tape the outline of a square on the floor to see if their cat will sit in it. Often, they do. 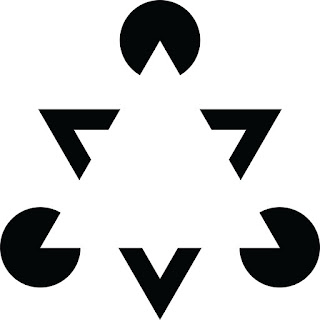 The scientists picked the square version of the illusion because it’s actually been tested once before, with two laboratory cats who were trained to press a button when they saw a square. But what about a wider variety of cats, and pet cats? The researchers turned to citizen science.

People were recruited to take part and given the materials needed. They had to print out and cut out the shapes and follow the instructions to conduct a series of tests in their own home. They also had to wear sunglasses so that the cats would not be following visual cues. And they recorded the whole thing on their cell phones and uploaded the videos for the scientists.

Each trial involved comparing two different stimuli. The cat was shut out of the room, the stimuli were laid out according to the instructions, then the person put their sunglasses on, let the cat in, and filmed them for 5 minutes to see if and how they interacted with the stimuli.

Out of 30 cats, 9 went and sat on one of the stimuli for at least 3 seconds. And they tended to choose either the taped square or the Kanizsa illusion rather than the control.

But it also speaks to the difficulty of doing research with pet cats. While only 30 people and their cats actually did the full experiment, over 500 people initially signed up. 121 people did the first trial with their cat, and it continued to dwindle over the following five trials. Perhaps this reflects a challenge of keeping people interested in citizen science, as well as of working with cats. But the fact that it took place during a pandemic was likely an additional challenge as, for many people, every day blurred into one.

So why do cats like boxes and things like boxes? When hunting, cats like to be able to remain invisible while they stalk their prey; and as well, cats themselves are prey for animals like coyotes, so having places to hide helps them feel safe. In fact, providing cats with safe, cat-sized spaces is one of the five pillars of a healthy feline environment and cats in shelters will preferentially choose a hiding box over other items. This means you should make sure your cat has plenty of safe spaces to hide, and we know that cardboard boxes work well. But stick to real hiding places, rather than illusory ones.

We don’t know why some cats did not make the choice of sitting in one of the shapes, and whether they were just uninterested in them. So this, like many things about cats, remains a mystery and more research is needed. Nonetheless, it’s pretty cool to know that cats can see this illusion too.

If you would like to try the experiment yourself, you can find the instructions here. You can also follow the first author, Gabriella Smith on Twitter as well as the third author, Dr. Sarah-Elizabeth Byosiere.

The paper is open access until June 26th here.