Survey Shows Which Treatments Are Effective for Fireworks Fears in Dogs 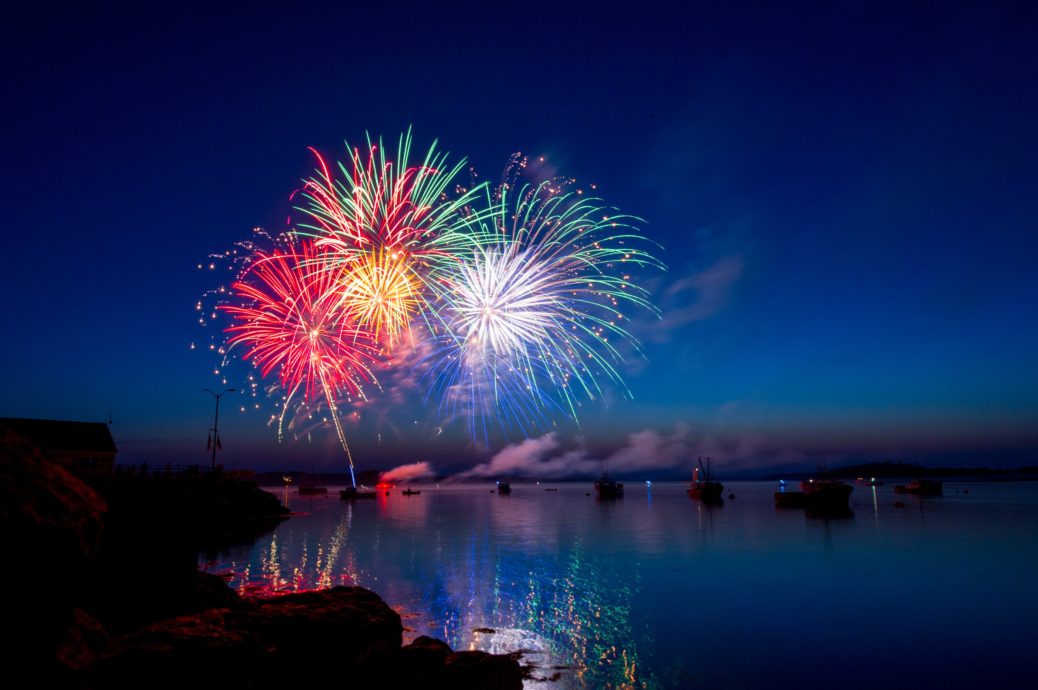 Survey Shows Which Treatments Are Effective for Fireworks Fears in Dogs

Many dogs are afraid of the bangs and whistles from fireworks, up to half according to one study. A new, large survey by Dr. Stefanie Riemer (University of Bern) shows that treatments involving food and play are effective – but many other popular treatments are not rated as successful, according to people using them.

The standard recommended treatment for fireworks fears is desensitization and counter-conditioning (DSCC) using recordings of fireworks noises. The sounds are initially played very quietly at a level the dog is happy with, and over time the volume is gradually increased (the desensitization part). In addition, while the sounds are playing, the dog is offered very nice treats (the counter-conditioning part). In some cases, vets may also prescribe medication.

“In the scientific literature, DSCC with noise recordings is usually the recommended behavioural treatment, while ad hoc counter-conditioning does not seem to feature prominently. However, many professionals additionally recommend ad hoc counter-conditioning and relaxation training – which is probably why a large proportion of respondents used these techniques in my study.

There are no scientific data on this, but it is conceivable that ad hoc counter-conditioning to any kind of sudden noise in the environment might make dogs more resilient also to other stimuli including fireworks, especially when this is done in a preventative manner (perhaps, even creating a positive judgement bias towards surprising stimuli – see also my last firework paper on the power of preventative training). So I would not limit ad hoc counter-conditioning to when fireworks actually happen, but apply the principle to any potentially startling stimuli in everyday life.

Finally, relaxation training is rarely mentioned in the literature, but owners perceived it as pretty effective – so there are additional ways that could help fearful dogs. Nonetheless, while behavioural training should constitute the core of the treatment strategy, it may not always be sufficient on its own and all dogs are different, therefore don’t be afraid to reach out to a qualified professional who can help to find the best strategy for your individual dog.”

The analysis grouped people’s responses into four categories. The feed/play category, which included providing food and toys during fireworks as well as giving them as a direct response to hearing bangs, was the only category associated with improvements in fear amongst dogs who were severely impacted by it.

Management strategies, such as providing a hiding place, playing music, or doing nothing, were associated with worsening of the fears. Although the data is correlational and does not show causality, it is unlikely these strategies themselves are making the fear worse. Perhaps it is more that people only use them when their dog is already very afraid, or are not also using behavioural strategies.

The two other categories, alternative methods (homeopathy, Bach Flower remedies, essential oils, nutraceuticals, pheromones and herbal products) and interaction strategies (comforting the dog or ignoring the dog) were reported as having no effect on the progression of fears. It’s important to note that in other studies, comforting a fearful dog by petting and talking to them has sometimes seemed to help. It is perfectly okay to comfort a fearful dog if they want it (despite old-fashioned advice to the contrary).

The paper also looked at individual strategies and how they were said to work. In particular:

These results follow on from an earlier study (mentioned by Dr. Riemer above) which found that preventive exercises and training can both help with firework fears.

So if your dog is afraid of fireworks, ad-hoc counter-conditioning should be part of your plans. You may also wish to try relaxation training, although based on this study it is not possible to give guidelines on the best way to do this. You should also consult with your vet, who may prescribe medication (and will also check for pain), and of course consult with a good dog trainer if needed.

If your dog is afraid of fireworks, what strategies have helped your dog?

If you like this post, check out my book, Wag: The Science of Making Your Dog Happy

, which is full of tips on how to train and care for your dog.