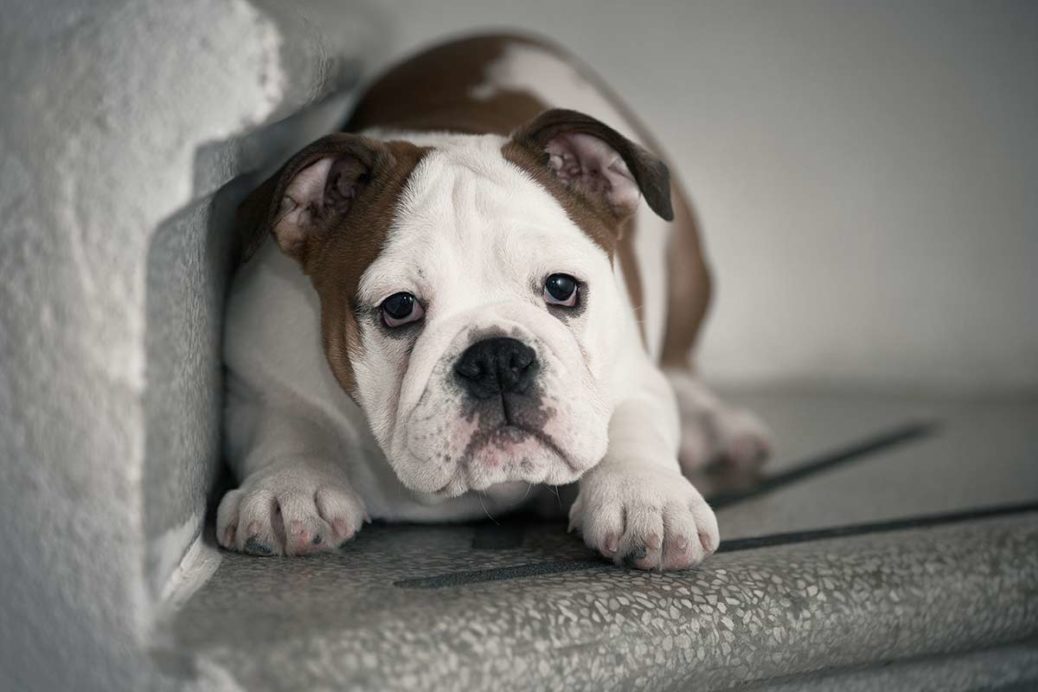 I wrote previously about how we can interpret dogs’ tail wags to best determine whether they are happy, comfortable, nervous, or potentially aggressive. Because the tail is only one piece of a dog’s communication system, we must also consider facial expressions and overall body positioning to get the clearest sense of a dog’s intentions. Here, I turn to these other body language signals that dogs use to communicate with each other and with us.

We are rarely confused when we encounter a dog whose lips are curled back exposing a set of menacing white teeth. The dog’s snarl is a frightening scene, as it is designed to be, and most humans and other dogs know to back off in this situation. Similarly, most of us are immediately sympathetic to a dog who is hunkered down and trembling, as we recognize these as signs of fear. Other facial expressions and body postures are less obvious however. For example, when a dog is guarding a valued resource like a bone and trying to let you know that she doesn’t want to share, you might see just a subtle lowering of the head and what’s sometimes called a “whale eye”, when the dog stares into the middle distance between her bone and you, with eyes angled such that you can see the whites of the eye. She might even turn her head away altogether, but hold her neck low over the bone, waiting to snap when you reach for it or touch her.

When dogs are happy and relaxed, we often see an almond-shape or squinted eye, often associated with an open mouth, tongue hanging out, and ears forward or casually out to the sides. As dogs become more nervous or defensive, the mouth will close, the ears may pin back or move sharply forward (depending on the circumstances), and the eyes will become rounder. In some cases, owners can detect the difference between a “hard stare” and a soft gaze, the former being the face they might see before aggression occurs, and the latter they might see when, for example, doing Sit/Stay training, playing, or snuggling with their dog. For owners whose dogs sometimes show aggression, being able to distinguish between a hard and soft stare is very important for being able to manage and treat aggressive behavior.

As I wrote last month, dogs use their tails in some cases to make themselves look bigger (when feeling threatened or when advertising potential for aggression). They can use the rest of their bodies for similar purposes. In particular, if your dog is prone to aggression toward other dogs, you might notice that he immediately expands his neck and chest, rising up and forward a bit, as soon as he sees a dog at a distance. Often this stiffening body posture is associated with the stiffening facial expression and hard stare described above. Once this dog reaches another dog for a nose to nose encounter, body language plays a big role in determining how that interaction will go. If he and the other dog engage in mutual rear-end sniffing and curious circling without much eye contact and without stiff posturing, many will soon break into wiggly greeting behavior characterized by open mouth, softened body tone, and swishy tail. If one or the other, however, jumps around nervously, refusing to allow his rear end to be sniffed, or jumps on the other, snaps, or shows teeth early in the greeting, then a fight is more likely to erupt during that encounter. In some cases, a dog may remain very stiff while another dog conveys loose and wiggly body language. The dog who is holding his body stiff and still is more likely to snap, growl, or bite if the other dog remains overly interested in sniffing, circling, or trying to play with him.

Body stillness in general is a commonly overlooked characteristic of canine communication. I often find myself cringing in public situations when I see a dog on leash with its owners, being introduced to new people, especially children. Specifically, I am alarmed when I see a dog standing still, sometimes looking or leaning away, eyebrows furrowed nervously, or standing stiff and straight, eyes focused in a direct stare, while children or well-meaning adults loom around the dog, petting and patting him with abandon. Neither the greeters nor the pet owner seem to notice that the dog is doing everything she can to convey that she is uncomfortable with that interaction. In some cases, a dog might remain uncomfortable time and again without going any further; in other cases, such a dog might turn to growling, snapping, or biting to communicate its desire to move away from these situations.

We live closely with dogs – our own and those in the community around us. Thus, it behooves all of us to educate ourselves on dogs’ body language and facial expressions so as to reduce the prevalence of dog bites and to enhance the well-being of our dogs as well.