Does Behavior Affect How Long Cats Stay in Shelters? 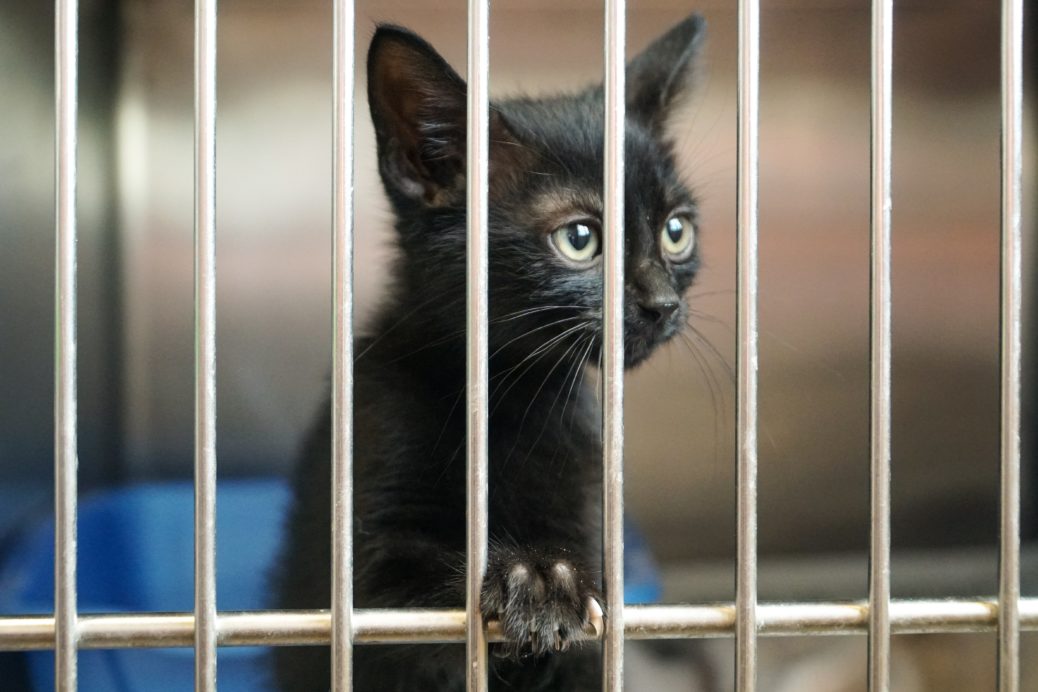 The goal for any animal shelter is to keep animals there for the shortest time possible, and help them get adopted as quickly as possible. Understanding what factors might impact “length of stay” (LOS; how long it takes animals in shelters to get adopted) can help shelters allocate resources, promote animals, and also focus efforts on ways to level the playing field, such as through behavior modification or adoption incentives.

A new study looked at whether the behavior of cats was a factor in determining how long it takes to get adopted, with a specific focus on what the researchers labeled as socialization. The study, “The influence of degree of socialization and age on length of stay of shelter cats” was recently published in the Journal of Applied Animal Welfare Science. The researchers had adoption staff of 31 animal shelters assign recently adopted cats one of three socialization levels: interactive (approaches, allows petting, purrs or meows at potential adopter), approachable (not aggressive, may allow handling, not playful), or unapproachable (hiding, running away from potential adopters). Data for a total of 645 cats who were at least one year of age was collected. They also included the age of the cat in the analyses, and looked at the effects of socialization category and age on how many days the cat stayed in the shelter.

Cats in the study were housed in shelters for an average of 55 days, although the median length of stay was only 25 days. The median is the value at which half of the sample is below that value, and half is above. So 50% of cats stay at the shelter for fewer than 25 days, and 50% stay longer than 25 days. Because the average is higher than the median, that tells us that a small number of cats are staying for a very long time, and in fact, the longest length of stay reported before adoption in the study was 1010 days.

One potential weakness of the study is that multiple shelters participated in the study and were asked to categorize cats according to the provided descriptions. It is unknown how accurate these categorizations were, or whether raters would have high levels of agreement when assessing the same cat. If we assume that most shelters were able to determine whether cats were interactive, approachable or unapproachable, then we can agree that indeed, age and behavior are important to determining how long cats stay in shelters.

Now MOST cats in shelters (57%) fit into that first “interactive” category, with 32% in the approachable category and 11% in the unapproachable category. But being scared almost doubles a cat’s length of time in a shelter, and actively hiding leads to an LOS of over three times that of an interactive cat.

Animal shelters should be temporary housing for homeless animals. Animals in shelters experience significant stress and a longer stay increases the risk of illness. Animals who stay in shelters for long periods of time can be a drain on shelter resources and may also prevent other animals from being placed for adoption due to lack of space. So what to do with this newfound knowledge?

I think the important takeaway from this study is that given the challenges of getting shy and fearful cats adopted in a timely manner, we need to figure out the best ways to help those cats do BETTER in shelters. This could mean changes to housing, such as providing better hiding spaces and giving scared cats quieter spaces so they can decompress and de-stress. It could also mean actively training cats to be more comfortable in their environment, rewarding cats through clicker training or similar methods for positive behaviors. Shelters could focus some efforts on fostering scared cats in homes temporarily to attempt to socialize them, perhaps returning them to the shelter as more “adoptable.”