Is every dog bite aggressive? 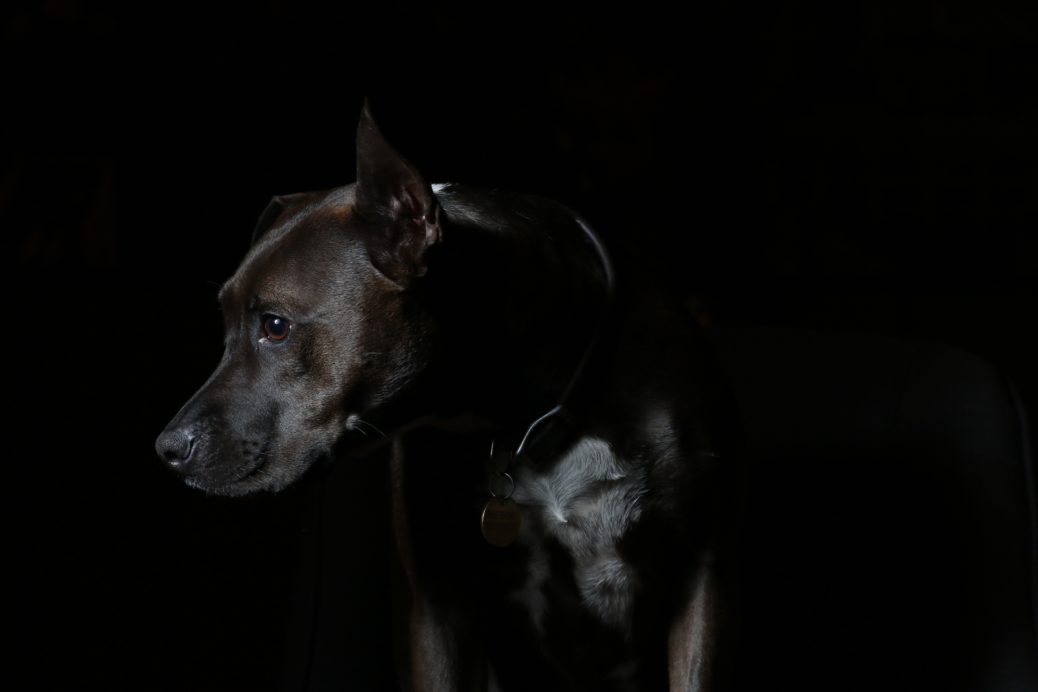 I received the call late on a Friday and the woman’s voice on the other end of the line sounded frantic. “I need you to come out as soon as possible! I adopted a dog three days ago and he’s being really aggressive – he bites me so much that I’m afraid of him and think I need to return him to the shelter!” Shana described her 2-year-old rescue, Tracker, as a 50-pound black Lab mix who’d been turned in to the shelter with no back story. Shana met him at the shelter and thought he seemed like a great match for her. Tracker was friendly and affectionate with Shana and looked active and healthy. Shana was an avid hiker and was pleased to hear that Tracker did well with other dogs and had shown no signs of aggression toward people, dogs, or cats during his time in the shelter. Within a day or two after adoption, however, Tracker had begun jumping on her, biting her legs and arms while growling or barking at her.

When I met Tracker and Shana at her home a few days later, Tracker was there at the door, his nose at my chin and his toenails at my chest as Shana tried to wrestle him back by his collar. He was panting and barking and wiggling all over the place as Shana apologized and called his name and scolded him all at once. I had Shana provide Tracker with a new bone stuffed with yogurt so that we could talk while Tracker quickly got down to the business of his bone. I immediately recognized in Tracker many positive, prosocial signs that were promising. Shana described how Tracker had not barked or growled at anyone he met, and only seemed to be “aggressive” toward her.

After we’d chatted a bit and Tracker finished his bone, I asked Shana to show me how the biting behavior usually began. “Oh, that’ll be easy,” she said as she stood up, “all I have to do is move around the room and he will start.” Sure enough, Tracker approached Shana immediately and jumped on her. She pushed him down and he immediately began biting at her sleeves. She yelled “No!” and tried to move away while Tracker became increasingly animated, biting at her pants and legs, bouncing up and down on all four paws, and barking at her. She kept turning to him to scold and push him down and he just kept coming back for more.

Observing Tracker’s body language led me to believe that his intentions were social and playful rather than fearful, defensive, or aggressive. He was putting teeth on her, even leaving marks on her arms, so it was true that he was biting her. But his face was soft, his mouth open with tongue hanging out, his eyes and ears in an animated but playful expression. Shana explained that she had always responded as she was right then – by pushing him down and scolding him – but the behavior was only getting worse.

My hypothesis was that this behavior was attention-seeking behavior. Tracker was using jumping and mouthing as a way to interact with Shana, and her attempts to scold or push him down were only further rewarding the behavior. I asked Shana to practice with me how to use a timeout from attention for this behavior instead. To do this, Shana was instructed to say “No” in one short voice and turn her back on Tracker each time she felt his nails or teeth on her body. If Tracker jumped on her back or bit at her legs, Shana was to continue moving away to the nearest separate space she could find (e.g., a bathroom, stepping over a baby gate) so that there was no opportunity for Tracker to see her face, hear her voice, or be in contact with her body for at least 10 seconds after each instance of jumping or biting. If she returned and he jumped or bit again, she was to repeat the 10-second timeout.

I also taught Shana how to reward with attention other behavior from Tracker that was more “polite.” For example, when Tracker walked up to Shana (and before a jump or bite occurred) or when he looked lovingly at her from across the room, Shana was to pet and praise him, invite him for a walk on some occasions, bring him a toy to play with, or praise and offer a piece of kibble from her pocket. In this way, we were teaching Tracker more desirable ways to reliably get attention from Shana while also ensuring that jumping and biting no longer produced any attention at all.

By our second session two weeks later, Tracker’s jumping and biting had decreased dramatically. Shana still had to use the timeout here and there (for example, when getting ready to go for a walk or when she first got home from work) but he was quitting as soon as she said “No” most of the time and was not nearly as persistent as he’d been when she began the timeout. She also was able to provide lots of attention each day by catching Tracker being calm and going to him during those moments instead.

In this case, while it was true that Tracker was biting Shana, I would not characterize the behavior as aggression.  While his behavior certainly was overzealous and problematic for Shana, it also was playful. In cases of true aggression in dogs, we see behavior like growling, lunging, and biting that is designed to get someone to go away or stop what they are doing. Tracker, on the other hand, wanted as much of Shana as she could give him, and he was just asking for it in all the wrong ways.