Problem-solving and “pawed-ness” in cats – is there a relationship? 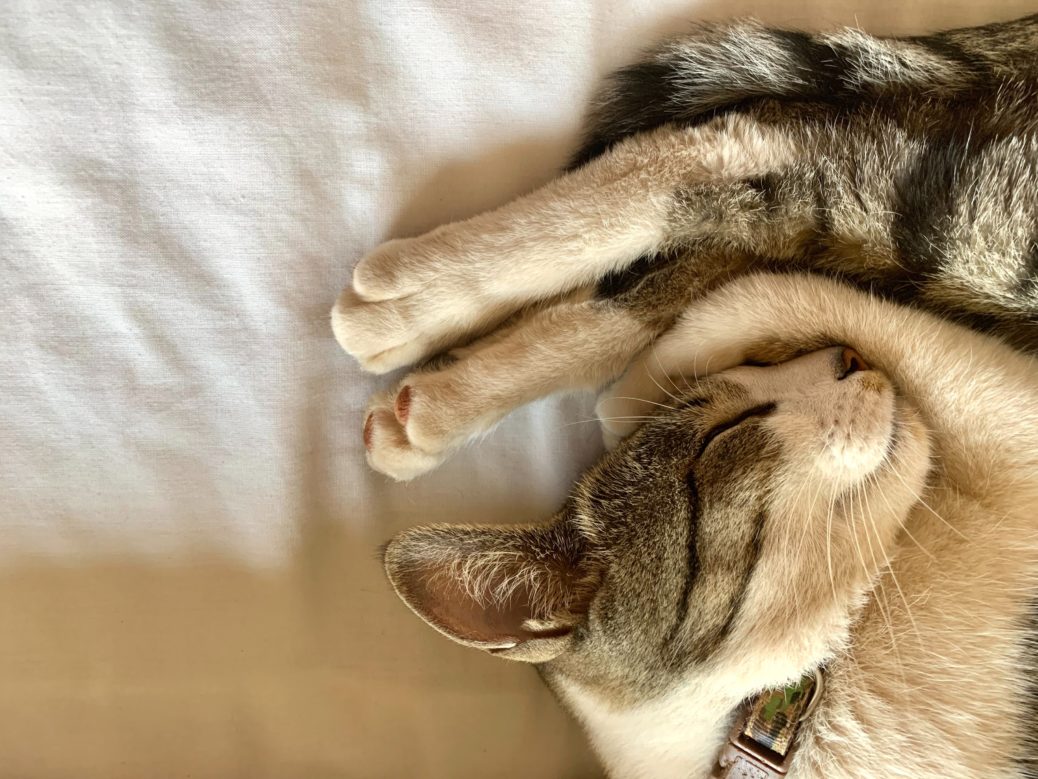 Problem-solving and “pawed-ness” in cats – is there a relationship?

Most humans are right-handed (although as someone who lives with a lefty – DEFINITELY not all!); have you ever wondered if your cat also has a paw preference? I’ve previously blogged about studies of handed- or pawed-ness in cats, and its potential relationship to breed. It turns out that science is very interested in which paw cats prefer to do things with! A review of most of the paw preference research to date suggests that about 80% of cats strongly prefer to use either their right or left paw, with about the same number of cats lefties as righties. The remaining 20% of cats are more ambidextrous. 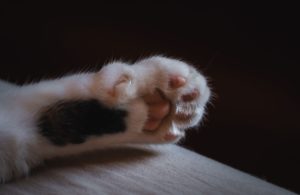 Now why should it matter which paw (or for that matter, which hand) you use? Laterality is the specialization of each hemisphere of the brain for different tasks. This quality is found in many animals, from other humans and other primates, to cats and dogs, to birds, and fish. It is believed that this allows animals to process information more quickly – information such as predator detection, and food availability (and if you’re a bird, both at once – they can use one eye to determine where to peck for food, while the other looks out for danger). So perhaps this brain specialization means that we can do better at cognitive tasks?

In fact, a new study just came out in the journal Behavioural Brain Research that explores the relationship between which paw cats prefer to use (or if they have no preference at all) and their problem-solving skills. Researchers in Turkey tested 41 cats (ages 6 months – 14 years; 22 males and 19 females) to learn more.

For both tests, the session was considered over when either the cat got all of the food from the cups, or when they lost interest in the task. The data collected included how many times the cat touched the cups with either paw, how many cups the cat successfully opened, and how long it took them to complete the session.

The strength of each cat’s paw preference was calculated by a lateralization index (LI), which was a ratio of: right paw touches minus left paw touches divided by the total number of paw touches.

If they touched the apparatus 10 times, and they used their right paw 4 times, the LI would be

And so on. An exclusive left paw use would lead to an LI of -1, and equal use of both paws would result in an LI of 0. The LI could then be compared to the number of lids the cat opened and the time taken to complete the task to determine how strength of paw preference is related to problem solving abilities. 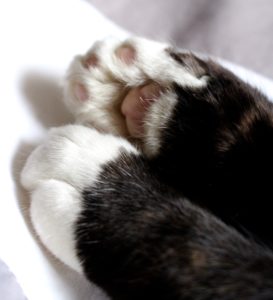 Out of 41 cats, 10 were right-pawed, 12 left-pawed and 16 were ambidextrous. Three cats refused to lift a paw, so to speak, and so their paw preference could not be assessed. Cats were consistent across the tasks – if they used their left paw more in the first task, they also used it more in the second task. The first paw touch was also strongly predictive of lateralization. Meaning if they used their left paw to first touch the cup, they were likely to be left-pawed.

Task two required more paw touches to acquire the food, although it did not take any more TIME to solve, than task 1. It is possible that the experience of completing task 1 first made it less challenging to complete task 2.

When comparing paw preference with problem-solving, cats who had a higher LI, meaning a stronger paw preference, whether for the right or left paw, needed fewer paw movements to solve both tasks! The cats who were “lateralized” (meaning a strong paw preference) also opened more lids on average. Now some cats went beyond being ambidextrous, and instead of trying to use their paw to open the lids, instead started the task by trying to use their mouth or head to get the lids open before switching to paw use. These cats (with a “head preference”) did not do so hot on task 1, but recovered and successfully opened the lids just like those lefties and righties on task 2.

The results suggest there is an advantage to lateralization for cats, but it doesn’t matter which side you prefer. Both right- and left-pawed cats were able to open the cups in fewer paw touches than the ambidextrous cats in the study. Rather than suggesting a specific brain hemisphere specialization, in this case, it might instead mean that “practice makes perfect” – heavy use of one side of the brain via the front paw likely increasing the motor skills related to food acquisition (i.e., hunting).